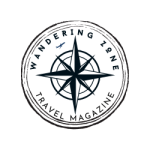 10 Haunted Castles in the United Kingdom

10 Haunted Castles in the United Kingdom

The reason why it’s taught to be haunted is that visitors often feel as if someone or something invisible is pushing them. We have heard before that children can see ghosts. In this castle, the only ghost reports are the ones made by children, as no one was able to see them. It seems like the children were able to see the ghosts running through the castle.

Visiting this castle during Halloween is recommended in case you are looking for an extra spooky night. Is this an option from the haunted castles in England to stay at in your opinion? Just imagine a night in a castle England, roaming around the halls, maybe saying hi to a ghost!

Let’s see the next on the list of haunted castles in England and famous castles in England. Dudley is a ruined fortification in the West Midlands. It was built soon after the Norman Conquest as a wooden motte and bailey castle. During the 12th century, the castle was rebuilt as a stone fortification, however, soon after King Henry II ordered it to be demolished. The castle was finally rebuilt again from the middle of the 13th century.

So why is this castle believed to be haunted? Well, it is actually claimed to be the most haunted place in the world! A drummer boy was killed by a musket during the English Civil War. He drums at night. In case anyone sees it, it’s really bad luck. Just thinking of being in a castle alone and hearing the drums would send shivers down my spine.

There is another haunted spirit at Dudley Castle, and that is the Grey Lady. Someone caught her on camera recently. Supposedly she’s the spirit of Dorothy Beaumont who lived at the castle, however, died at birth. It is said that she’s unable to rest as nobody granted her the wishes on her deathbed. Would this be a choice of haunted castles in England to stay the night at? I’m not sure if I would dare.

This is probably amongst the most famous castles in England on the list and also the oldest castle in England. Another one of the haunted castles in England is Edinburgh Castle. The castle has been occupied since the Iron Age, although the exact age of settlement is unknown. The castle was also a royal residence until 1633, however, from the 15th century the residential role declined, and later in the 17th century, it was used as military barracks. Now it is part of Scotlands Heritage!

Due to all of those bloody battles and horrible torture taking place in the palace, it’s very possible that some souls are roaming the castle. Deep inside the castle, you can still find all of the hidden dungeons once used for imprisonment and suffering. Visitors claim that when they visit the castle, they feel like someone is watching them or they have even felt their touch.

Whenever you visit a site where thousands of people have died, it’s like the dead are still present in a way. You get this feeling of sadness, especially if you see torture rooms and equipment. Is this one of the haunted castles in Britain that you would love to visit? Haunted castles in England tours are popular in this castle too!

Next one on the list of hainted castles in great Britain is Tutbury Castles. Tutbury is also there with the other medieval castles in England and famous castles in England worth visiting. The owner is the Duchy of Lancaster. Tutbury was a dependency of the Norman abbey of St Pierre-sur-Dives around 1080. The castle was nearly destroyed by Prince Edward in 1264. Later the lands were given to Edmund Crouchback. In the 1300s the castle was repaired to a residential castle rather than a military strongpoint.

Mary, Queen of Cots resided in Tutbury in 1568. Unfortunately, she was beheaded by Elizabeth I for treason and visitors claim to have seen Mary at Tutbury castle much time. There was a group of 40 people who had seen Mary and thought that she was a reenactor but later discovered that it’s untrue.

People have also seen The Keeper, who is wearing a full suit of armor and has been seen in John the Gaunt’s Gateway. One visitor also thought he was just an actor and told him to ‘get over the fence’! The King’s Bedroom is one of the most haunted rooms in the UK. Would you spend a night in a castle England?

Glamis Castle is one of the most haunted Castles in England and it’s open to the public. This castle was the home of the Lyon family since the 14th century and also the childhood home of Queen Elizabeth The Queen Mother. The castle is protected as a category A listed building. Let’s see why is this castle so haunted.

There are several ghosts in this castle waiting for scare away the guests. One of them is a woman with no tongue who is staring from a barred window and gesturing at her terrible injuries. Another ghost is Lady Glamis, who is called The Grey Lady, she was burned at the stake in 1537 for being a witch.

You might be looking at the castle and thinking how is this beauty haunted. We’ll get to that in a second. Muncaster is a part of the National Heritage List for England and also a Grade I listed building. The first time Muncaster is mentioned is in a Cumberland church register in 1577. It is believed that the original name was actually “Mulcaster”. The name “Muncaster” is a Latin word that means encampment or fort.

Why is this castle on the list of Haunted castles in Great Britain? Well, paranormal researchers and visitors have been complaining a lot that the Tapestry Room is haunted as there is a child crying and a woman singing. Yikes! There is also a “guy” names Thomas Skelto who isn’t really seen but is playing tricks on staff and visitors.

We have the White Lady who is believed to be the ghost of Mary Bragg, she was killed in the early 1800s on a road near the Main Gate. If you want to be the one to discover ghosts, you can actually book tickets for ‘scientific ghost vigils’. How awesome is that? You get to go on haunted castles in England tours.

Reading about all of these haunted castles in Britain makes me think twice before stepping a foot inside them. Chillingham is another one of the haunted medieval castles in England and the most famous castles in England. This castle was actually a monastery in the late 12th century. The castle occupied a strategically important location in medieval times. Why is it haunted?

Apparently, Chillingham is one of the most haunted castles in Britain as it’s claimed to be home to various specters. The first ghost is a very interesting one. The White Pantry Ghost might have been a woman who was poisoned. She is thought to have been locked into the pantry overnight to guard the family silver but died by poisoning.

The chapel is another haunted part of the castle. Two men seem to keep talking, but their voices can never be traced. Visitors say they are very friendly. We love friendly ghosts! If you want to take part in ghost hunting, the castle does special ghost tours throughout the year.

I personally think this castle looks as it belongs in a fairytale. The name also suggests that. The first records we have are from the 13th century, some sources claim it was built in 1211 by William the Lion. There is a great wheel stair inside the castle, along with a display of original arms and armor, and a collection of portraits. Unfortunately, this fairytale looking castle is a bit cursed and haunted.

The Green Lady who supposedly is Dane Lilias Drummond died of a broken heart when she found out that her husband, Alexander Seton began having an affair. After that, her name can be found carved into the walls and it’s believed this was done by her ghost form. That must have been some angry ghost!

In 1920 a skeleton was discovered behind a bedroom wall. We see it in the movies many times that if the skeleton is still at the site, the ghost will live on. Castle residents started hearing noises and unexplained things happened. They thought they had offended the woman, so they exhumed the skeleton and the haunting stopped. One less ghost to worry about!

This lovely castle located between the villages Germoe and Praa Sands in Cornwall is also a place for wedding venues. Not sure how that goes with the ghosts! It was built in 1510 by William Worth. The Milton family inherited Pengersick and enlarged the building. It is believed to have been improved to a fortified manor house around 1530. They used the wreck of a valuable Portuguese ship!

Let’s see why is this one of the most haunted castles in England, specifically in Cornwall. First of all, the person who built Pengersick Castle’s tower, John Milton is believed to be the Dark Lord of PEngersick. Apparently, he summoned a demon to the roof of the tower and his ghost has been seen by many visitors.

There seems to have been a monk murdered by Henry Pengersick in the castle and his ghost is wandering around. Even Henry’s ghost has been seen too. There is also a ghost who is looking for their lost treasure in the garden. The ghost comes from the Portuguese wreck!

Lastly, one of the most haunted castles in England on our list is Berry Pomeroy Castle. This is a Tudor mansion in South Devon built in the late 15th century by the Pomeroy family. They have had the land since the 11th century. Due to financial difficulties they sold the lands to Edward Seymour, 1st Duke of Somerset, in other words, they lost everything.

Speaking of the Seymour family, their former castle seems to have two ghosts. The White Lady and the Blue Lady. The White Lady is Margaret Pomeroy who is roaming the dungeons of St Margaret’s Tower. She died in the tower after being starved to death by her sister Eleanor.

Then we have the Blue Lady, who is the daughter of a Norman castle lord and she is a sneaky one. Luring visitors to various parts of the castle and they get lost. Ghosts seem to be having fun with visitors. The castle is open from June to October in case anyone wants to see the two ladies.

Wrap up of haunted castles in Great Britain

We are really excited about these 10 Haunted castles in Great Britain. They are fun, exciting and make you wonder if you could spend a night in a castle England. The oldest castle in England is definitely worth the visit if you’re looking to have some fun.

We are curious to find out which one is your favorite out of the 10 haunted castles in England? Have you visited any of these haunted castles in Britain? Did you notice any paranormal activity? Let us know in the comments, you could be the next one to spot a ghost!

15 Best Places to Visit in Scotland

When you think of Scotland, you picture charming villages, spectacular countryside, green hills, and the…

15 Best Things to Do in London

London is one of the most beautiful, fastest-developing cities in Europe. When it comes…